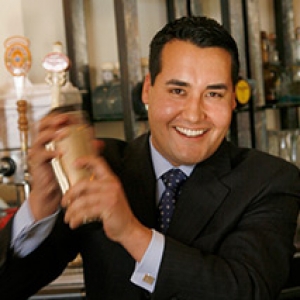 Joe Anthony Savala has made quite a name for himself within the Sacramento Cocktail Community and throughout the region. In addition to Co-Founding Midtown Cocktail Week, Joe Anthony is best known for for developing the first true mixology establishments in Sacramento. Savala’s enthusiasm and passion for the cocktail culture in his community drives his desire to be innovative and transform the way his community approaches drinking cocktails.

Joe Anthony Savala was born in Porterville, California and attended Fresno State University where he studied Journalism. Shortly after obtaining his degree Savala become a producer for a local television station. It didn’t take long for Savala to realize that his passion was somewhere else and that love was in the food and beverage industry. Savala left the television station and began working as the Wine Director for Parma, a small Italian restaurant in Fresno, California. It was there that Savala studied nearly every varietal of Italian wines. This included being immersed in the subject while spending 2 summers in Italy. In 2006 he met Ernesto Jimenez, Zocalo’s owner, who offered him a position as Beverage Manager at his Midtown restaurant. Savala transformed Zocalo’s bar program into what it is today; including fresh squeezed juices, local products, and exceptional spirits. Savala applied the same learning technique for tequila as he did with wine; including visiting over 20 different distilleries. “The only way to truly learn about a specific product is by seeing how it is created. Savala recognizes that the key to innovation is an open mind and ongoing education. Savala is excited to be a part of the evolution and growth of the Sacramento cocktail culture. In 2008 Savala and Castro created a small grassroots event in Midtown Sacramento showcasing local bar programs and their innovated approach to creating cocktails. Savala sees Sacramento Cocktail Week as an opportunity to bring all bar owners and their employees together to create a sense of community pride throughout the industry. Sacramento Cocktail Week's growth has surpassed Savala's expectations and he is excited to see Sacramento embracing the art of the cocktail. He recognizes that Sacramento Cocktail Week is in its infancy but with the support of the community he believes the event will be comparable to other major cocktail weeks in other cities. The ultimate goal is to see people who love cocktails coming to Sacramento Cocktail Week no matter the distance. Joe Anthony Savala's integrity and compassion to the mixology movement is not only apparent in his bar program but through his dedication to this event. It is professionalism and dedication like Savala's that drives the cocktail culture in our community. Next time you see Savala around town, don't be hesitant to send him a Negroni, his favorite classic cocktail. 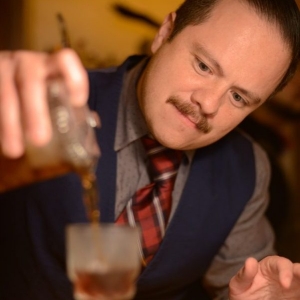 Nominated for the 2012 Best American Brand Ambassador award, Erick Castro has climbed the ranks in the Cocktail Community at an incredible rate. The once local Sacramento bartender and Co-creator of Midtown Cocktail Week is currently the West Coast Brand Ambassador for Plymouth and Beefeater Gins.

Castro was born in Riverside County and raised throughout Southern California. He graduated from San Diego State University in 2004 with a degree in Communications; Advertising. Years before he graduated he found his true passion; that passion was being behind the bar. Castro credits many of the basic skills and knowledge he uses as a bartender to his position at B.J.’s Brewery while in college. But his passion for mixology was definitely fabricated when he moved to Northern California. In 2006 he began working at Zocalo’s in Midtown, where he met Joe Anthony Savala. The pair shared a passion for exceptional cocktails and found themselves traveling to San Francisco quite often seeking out innovative bar programs and the people behind them. In 2008 Castro moved to San Francisco to build his cocktail chops at the award-winning Bourbon & Branch. In 2009 he was assigned the beverage director position at Rickhouse, which was chosen as one of the World’s Top Bars by Food & Wine Magazine. His passion and knowledge of the cocktail world is constantly being cultivated by talking to industry innovators and asking questions. “We all stimulate each other, progression happens when we learn from each other.”

Erick Castro initially built his cocktail empire at San Francisco's Rickhouse and Bourbon & Branch by searching for obscure recipes, methods and ingredients that originated prior to Prohibition. The bartending behemoth has created unique beverage programs that have earned a place on some of the nation’s most coveted lists, including Esquire's Best Bars in America, Food & Wine’s “World’s Top Bars” and countless nominations at the prestigious Tales of the Cocktail Spirited Awards in New Orleans, and was recognized by the StarChefs organization as “Rising Star Mixologist” in 2010. Later that year, he joined Pernod Ricard as the Plymouth & Beefeater West Coast Brand Ambassador, which lead to two consecutive nominations for Brand Ambassador of the Year at Tales of the Cocktail for 2011 & 2012. In 2013, Castro partnered up with Southern California's hospitality collective, CH Projects, to launch Polite Provisions –which quickly received accolades such as Imbibe magazine’s Cocktail Bar of the Year 2014 and Food & Wine magazine’s Best New Bars, and was nominated for a James Beard Award in 2016. In 2014, he teamed up with the team behind Cocktail Kingdom to create Boilermaker in New York City, where it quickly earned a reputation as an East Village hangout with incredible cocktails. The bar has since been featured in periodicals such as the Wall Street Journal and Wine Enthusiast, and was recently chosen by New York magazine as Best Serious Cocktails in New York City. Also in 2014, Castro, co-created Follow The Liter, an irreverent series of cocktail tutorials, produced and co-hosted by the crew at KindaFunny.com. The series quickly reached views in the six-digits and there are currently more episodes in the works. In early 2015, Castro began writing a monthly column for Eater National where he muses on the world of cocktails & spirits. As of January 2016, Castro launched an online bartender series titled, Bartender at Large, which chronicles the cocktail industry around the world. In addition, a full-length documentary of the same name was released in July 2016.